Martin Dent may have been a clear winner of the 2020-21 Runners Shop Twilight Series, but his 11-year-old son Hayden was equally a clear winner of final race in the Series, to be by far the youngest-ever winner of a Twilight Series race. He sped around the 3.3 km Moderate 2 course, sometimes encountering grass over head-height, in 22 min 19 sec, 32 seconds faster than next best, Rob Walter, who 20 years ago was among the best elite orienteers in Australia. Hayden’s young age gives him a significant advantage in age/gender handicap scale and his corrected km rate was 4 min 44.03 sec. Shannon Jones was second with a km rate of 5 min 11.53 sec, 0.64 seconds faster than Dent senior. Both ran the 5.2 km Moderate 1 course. Jones was second to Dent senior in the overall series, with David Stocks in third place. See the photo below; David was not at the event as he was resting his troublesome knee.

The full results for event 15 are here, the Winsplits are here and the maps and John Harding’s photos are here.

After the age/gender handicap factors were applied the top ten competitors were:

After the scores from event # 15 were applied and uploaded to Eventor, the top five best eight scores in the final standings are:

With the 2020-21 Runners Shop Twilight Series now completed, the local attention turns to the 2021 ACT League, which opens with the NSW State League event at Wattle Ridge on Sunday 21 March. Entries close on Thursday 11 March; don’t forget to enter. 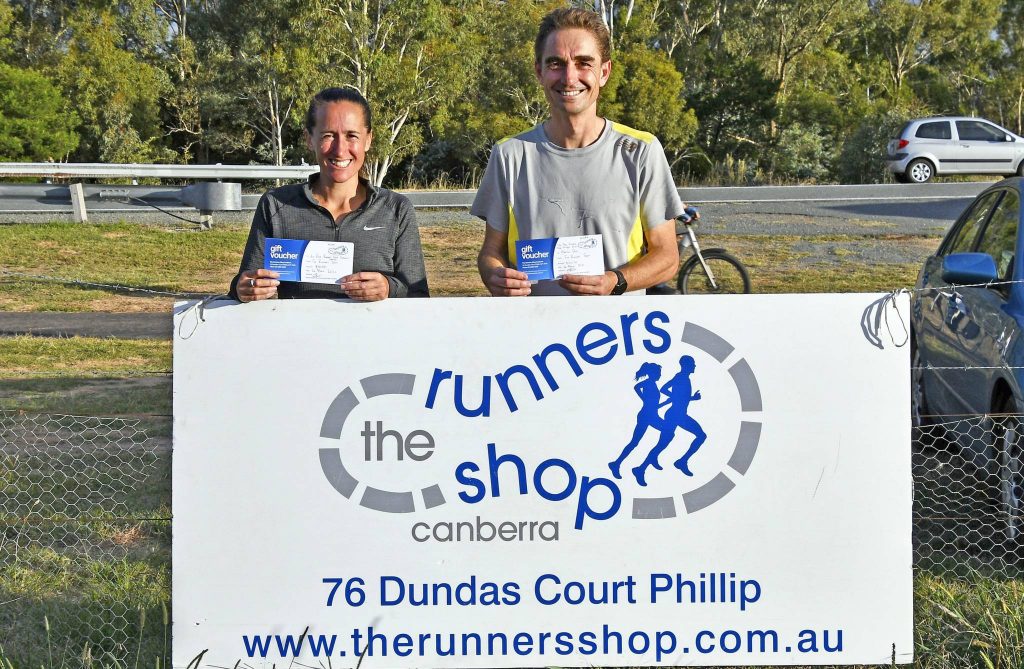