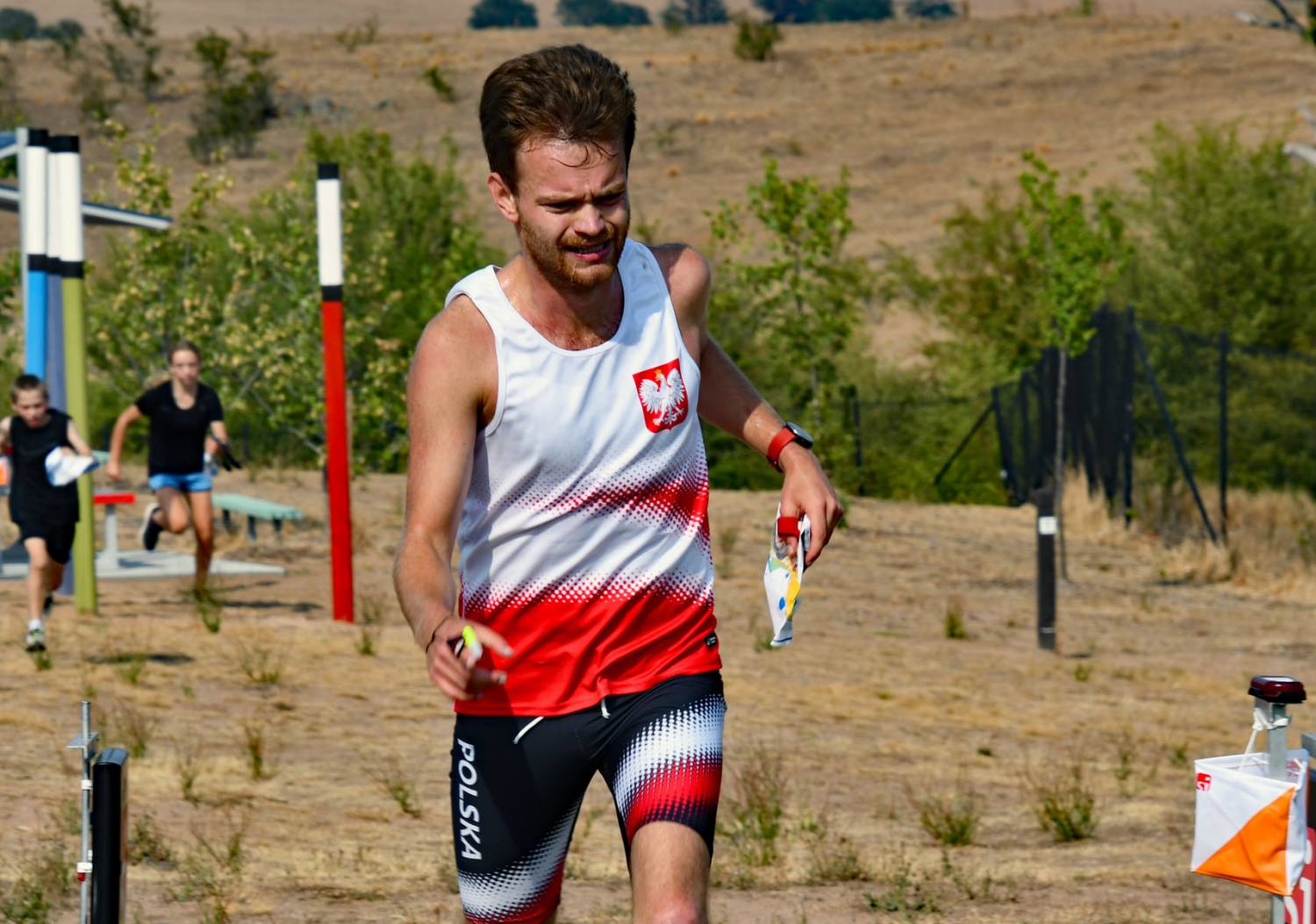 course at Jerrabomberra School in just 12 min 31 sec, to be the fastest of 85 competitors by over a minute from next best Martin Dent in 13 min 34 sec. Next was Ryan Stocks in 13 min 36 sec. Pryjma led through the first control, but Stocks gained the lead for three controls before Pryjma regained the lead and was never headed. Dent was third for most of the course, until he lifted his rate and slipped ahead of Stocks.

Ella Cuthbert (pictured on the right) was the fastest woman and eighth overall in 15 min 17 sec. She was fastest out of the blocks and was never headed, finishing nearly a minute ahead of last week’s winner, Shannon Jones. Kathie Dent was third in 18 min flat.

Four of the 11 missed punches, all men, forgot to punch the fourth control at the map exchange. The results by class are here, by course are here and on Winsplits. The maps and photos are on Facebook.