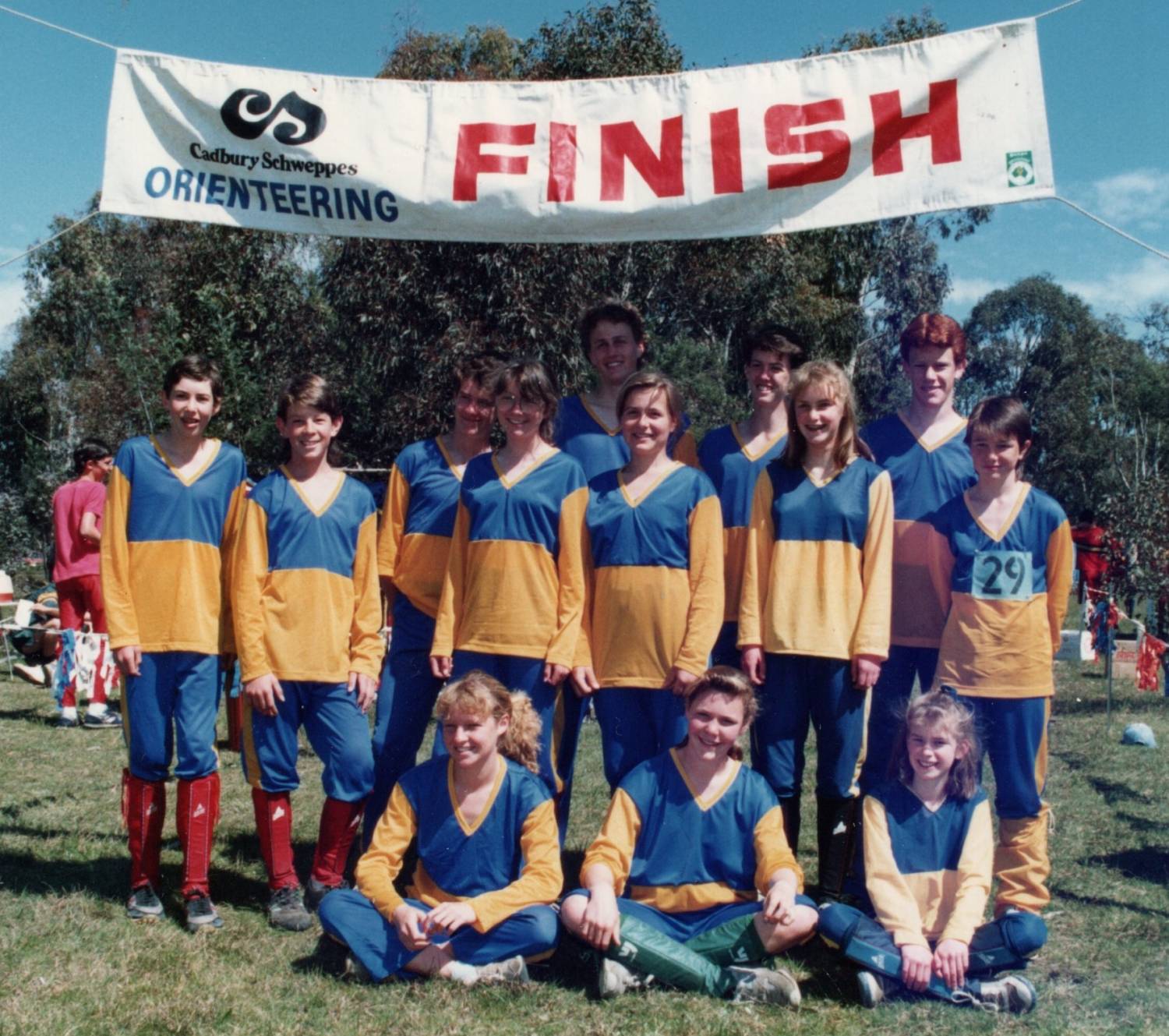 December 1982. ACTOA assumes responsibility for Audun Fristad awards for encouragement of juniors. Audun had previously made these awards himself.

31 July 1983. ABC Television makes a short film on orienteering, ‘Running the Country’, at a local event at Bungendore Hill.

2 February 1984. Red Kangaroos become Red Roos to distinguish them from the Victorian club the same name.

1984 AGM (28 February). Scheme for token payment to mappers adopted on an optional basis. Rates as subsequently determined were $12 per day for fieldwork, $1.50 per hour for cartography.

September – October 1985. ACT members join with orienteers from throughout Australia in staging WOC85 in Bendigo, and participating in Australia’s largest orienteering carnival (10 events in 16 days).

October 1985. ACTOA acquires a trailer for transporting equipment to events.

March 1988. Colour coding of courses introduced, based on NSW system. The previous system of designating courses A to H was considered unsatisfactory in providing an accurate and consistent indication of technical difficulty of courses.

25-27 March 1989. Australian Three-days conducted at ‘Big Badja’, based in Cooma with the Family Relays on Mount Gladstone on 24 March. This was the first time that ACTOA had based a national event outside Canberra.