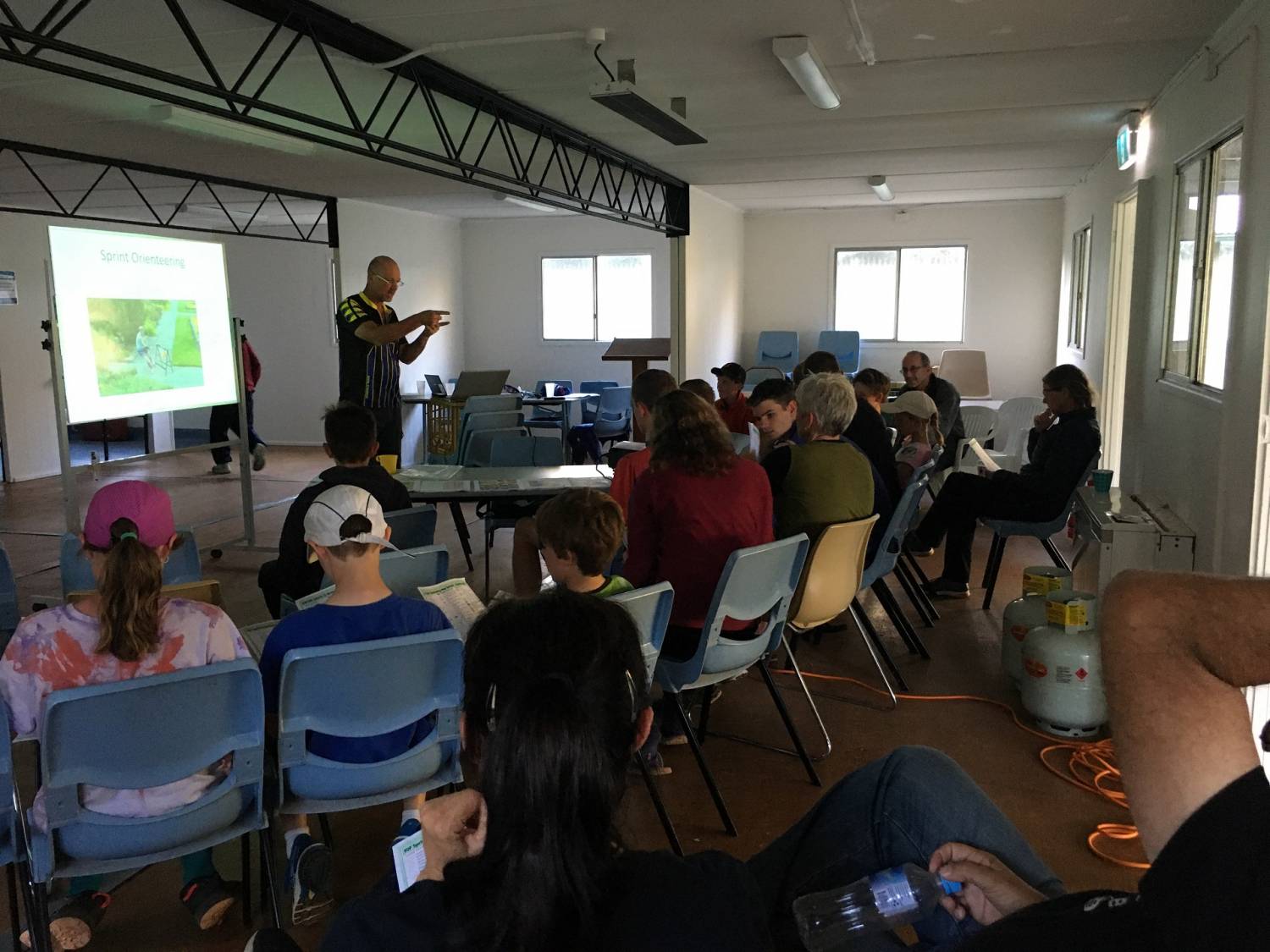 The Family Training Camp ran 2nd to 11th April 2021 at the Canobolas Scout Camp, Orange. It was organised by Toni Brown from Bushflyers Orienteering Club in Canberra, and Helen O’Callaghan from Bush ‘n’ Beach Orienteering Club in Coffs Harbour. There were people from NSW, ACT and even SA who were there and participated in the activities.

We arrived after the Family Relay at Charles Sturt University, most were exhausted as they had very long drives with Easter traffic and the inability to use Bells Line of Road due to the flood.

Each afternoon we had a different presenter talking on different aspects of orienteering from training plans (Toni Brown ACT), running (Martin Dent ACT/Paula Shingler NSW) , debrief techniques (Toni Brown/Pat Miller/Tara Melhuish ACT), sprint orienteering (David Poland ACT), attack points (Jock Davis NSW), big rocks (Greg Barbour NSW) and the transferability of skills to MTBO (Marina Ishkahova ACT). In addition to the competitions on the weekends and mid-week we had a night relay run by Oscar Woolford (NSW) which was extremely fun, went ten pin bowling in Orange, did some running ‘tackling terrains’ and did a walk on a contour only map.

There was a friendly community feeling and it was great to see the older teenagers/young adults helping with some more junior orienteers. We had a bonfire two times and the kids really loved roasting marshmallows.

With the Easter and Eugowra maps being so challenging is was good to have other orienteers available to discuss the map and their route choices no matter what map and level you were at. The kids (and parents) also had time to form friendships and spend time together. Walks around Lake Canobolas, Cricket, tag and touch footy kept everyone entertained.
Saffron Sweeney
WHO Club member