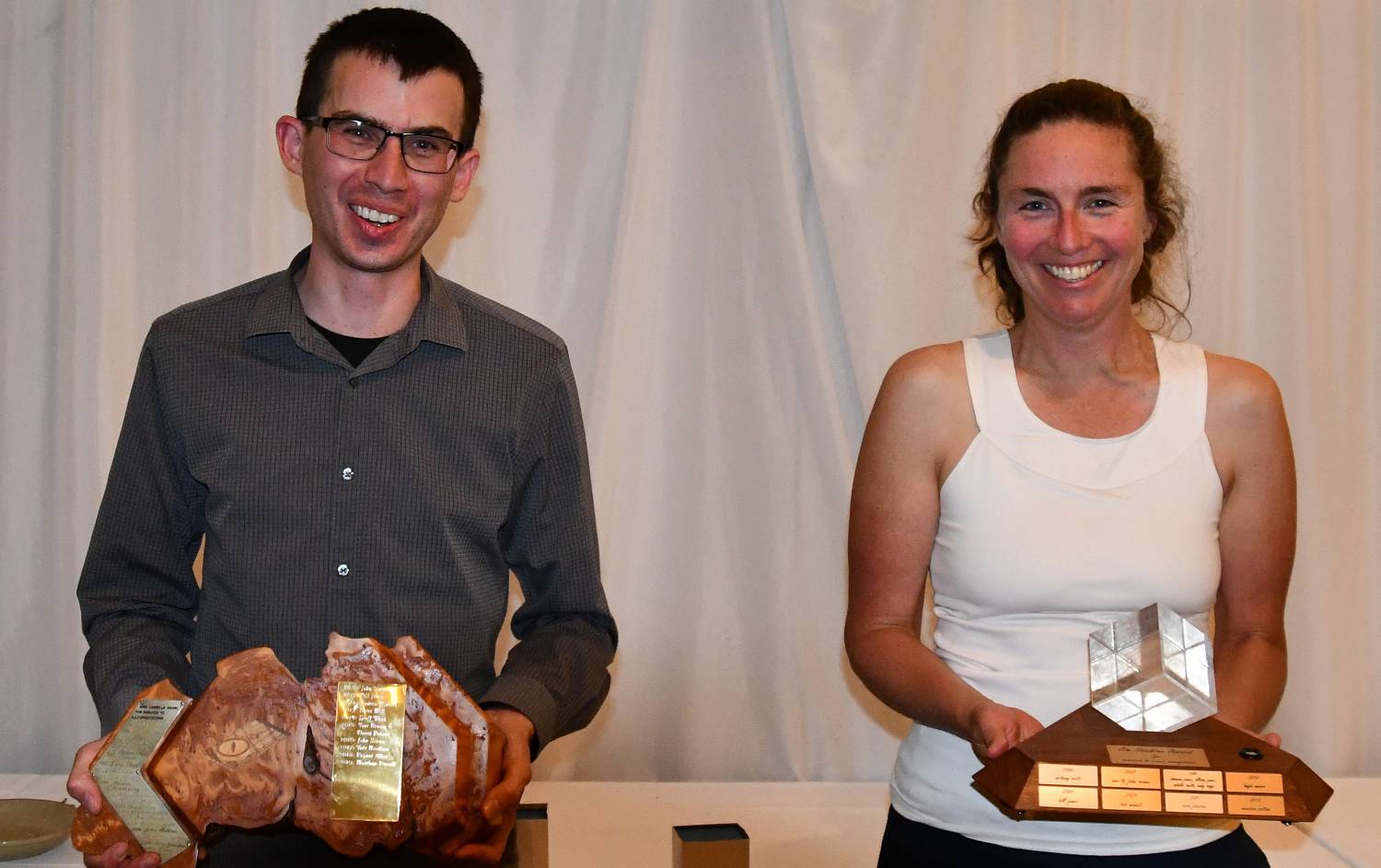 Matthew Purcell (Mike Cassells Award for Services to Orienteering) and Cathy Hogg (Jim Sawkins Award for Event Management) were the recipients of Orienteering ACT’s highest awards for services to the sport for 2019.

Matthew has been involved in Orienteering since the 1990s, when he was a student at Canberra Grammar School, where he began as a competitor and later was also a course planner.  Over the past 15 years or more, latterly, as a teacher at Canberra Grammar, he has made a significant contribution as an innovator in the use of information and related technologies in the support of event management, with the most significant being the recent 2019 Oceania Championships.  He has also been the convenor of the Senior School Orienteering squad for many years.

The criteria for the awards are here.  No award was made for Services to Coaching in 2019, because all of the nominations were previous recipients and each major award may only be made to a person once.

The Wehner Cup (ACT Orienteer of the Year) is presented to the person who scores the most points in ACT League events staged throughout the year.  The explanation of the scoring system and the final standings for 2019 are here.  The Wehner Cup for 2019 was presented to Matthew Crane, a previous recipient in 2012 and 2018.  He scored 804 points from his best seven scores, with the next best being Ella Cuthbert on 795 and David Stocks on 790 points.