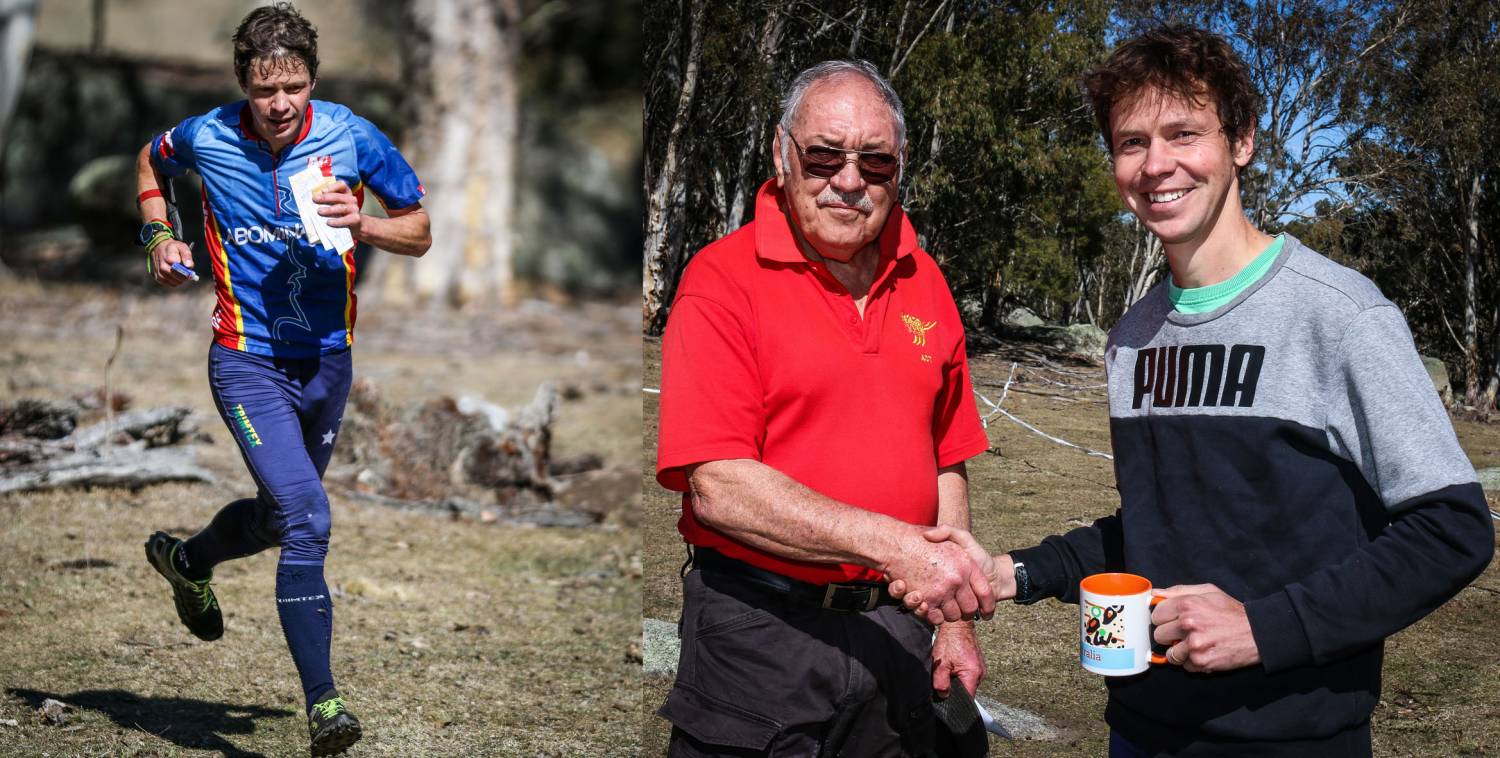 Canberra Cockatoos team leader, Matt Crane (pictured in photos by Roy Meuronen) showed he is in good form leading up to the final four races in the National Orienteering League later this month with a win in the inaugural Karst Cup competition (2019 ACT Middle Distance Championships) on Saturday.  The Karst Cup, which will become a regular feature on the Orienteering ACT calendar, is based on the results of events held in the rocky (karst rocks) area adjacent to Careys Cave near Wee Jasper.  Competitors’ kilometre rates are corrected for age and gender factors to determine the best overall competitor on the day.  Saturday’s event is believed to the first orienteering event in Australia held on karst rock terrain.  Karst rock terrain is noted for its complexity and difficulty in navigating, which was a challenge for many competitors on Saturday.  The results for Saturday’s event are here, the standings in the Karst Cup are here, and the Winsplits are here. The maps and John Harding’s photos are here and photos by Roy Meuronen are here.

The next event for Careys Cave (Cooradigbee) may be 2020 ACT League # 10 currently scheduled as a possibility for 2 August 2020, but future use of the area is subject to further consultation with the landholders.

Sunday’s 2019 ACT Long Distance Championships was also the final ACT League event for 2019 and the final leg in the Bennelong Trophy competition, contested between the ACT and NSW, based on the results of the respective Long Distance Championships.  Unfortunately, for the ACT, the high number of entries from NSW orienteers meant that the ACT did not have the usual home-venue benefit from Sunday’s event and NSW regained the Trophy, winning with 46 points to the ACT’s 32.5 points.  The results for Sunday’s event are here, the Winsplits are here, the maps and John Harding’s photos are here and Roy Meuronen’s photos are here.

The updated ACT League scores will not be posted until after the Orienteering ACT Awards evening, as leading up to the final two events, a number of people were still in contention to be named the ACT Orienteer of the Year and winner of the Wehner Cup at the Awards evening; the standings after the first nine events are here.