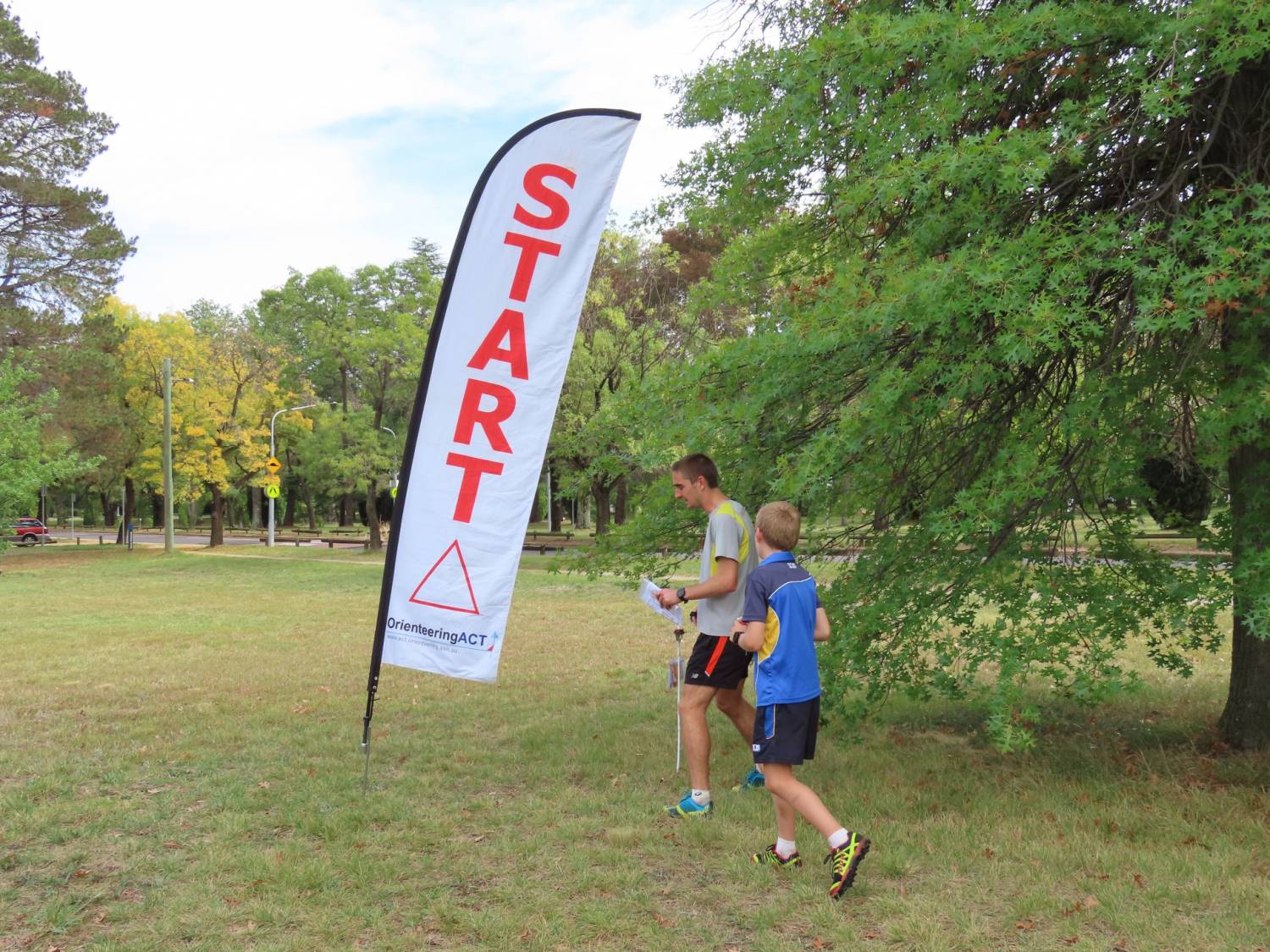 A Parawanga tradition that dates back to the 1980s was revived to celebrate the first use for an OACT event of Tate Needham’s new and very detailed map of Haig Park. In accordance with tradition, the five short courses for the Parawanga Pent-O on 24 March were set by young juniors, most of whom (as well as some supportive parents) enjoyed their first experience in course planning.

Competitors faced the challenge of matching the par times set by visiting scholars, Fredo and Saara, who ran the courses earlier in the week before returning to Europe. Several of the fastest runners beat or came close to the par times to score maximum points in the overall Pent-O competition. They were separated in the results by their total times for the five courses. Paul de Jongh, Andrew Barnett, David Stocks and Tristan Miller all scored maximum points to lead the men’s class, while Kathie Dent missed a perfect score by just one point to win the women’s class.

With every tree in the park individually mapped and classified, the line course, cunningly set by Makhaya Hogg, proved the most challenging course. Owen Radajewski used the full extent of the available map to set a short score course which only the top runners managed to complete without a time penalty. Tommi Haipola’s ‘normal’ cross-country course of 1.0 km provided a real sprint opportunity, with the two fastest finishers breaking 4 minutes. Ingrid Shelton Agar’s window course also produced some very fast times, despite most of the map being blanked out, while the only maps used on Luca Hogg’s memory course were those at each control site showing the next leg. Two of the families involved in their first course planning experience are advancing to planning Saturday Metro events later in the year.

Some other juniors were reported to be disappointed not to be invited to set courses, but hopefully they can have their turn next year if the Pent-O returns to becoming an annual event.

Story by David Hogg. Photos by John Harding, more of John’s photos are available on the OACT Facebook page.