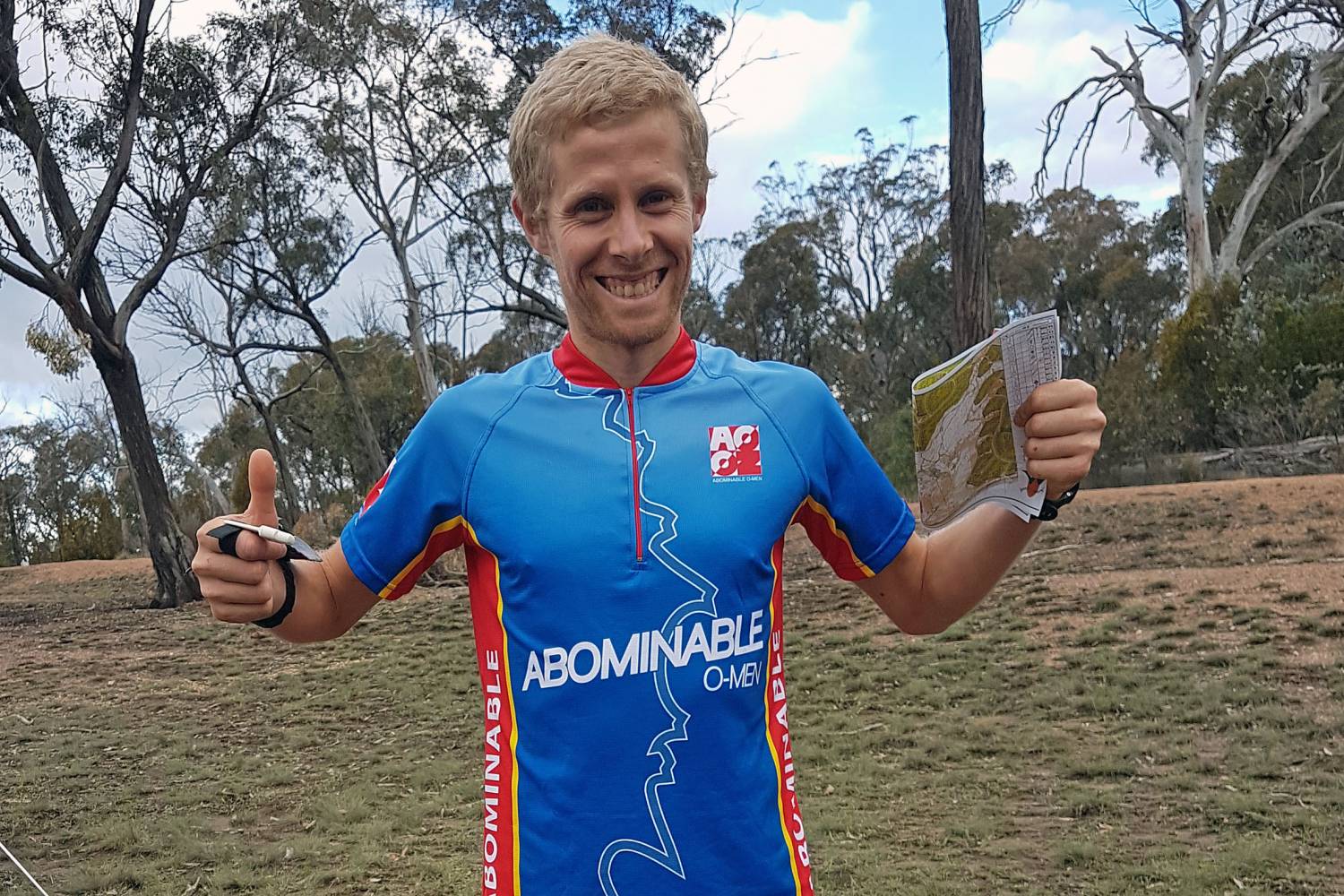 Four juniors were faster on corrected time than coach-in-residence Fredo Tranchand (captured in the featured image in his new Abominables top) in Event #7 of the 2018-19 Runners Shop Twilight Series at Gossan Hill, adjacent to Radford College. Andrew Kerr was fastest on handicap scoring 125 points, next best were Ella Cuthbert 124, Zoe Melhuish 123, Tara Melhuish 122 and Fredo Tranchand on 121 points. The top three were members of the ACT team which won the 2018 Australian Schools Orienteering Championships in South Australia.

Of the top three who were leading after Event # 6 Martin Dent did not have a good run at Gossan Hill, Toni Brown was not at the event and David Stocks was the excellent course planner for the event. The top 10 best four scores after seven events are:

The next event will be at Bruce Ridge. The courses will be those prepared for Event #12 of the 2017-18 Runners Shop Twilight Series scheduled for 14 February and which had to be cancelled because of a Fire Ban. Bill Jones will be the course planner for the Red Roos. Parking will be the east car park of GIO Stadium (southern end of Masterman St, Bruce).