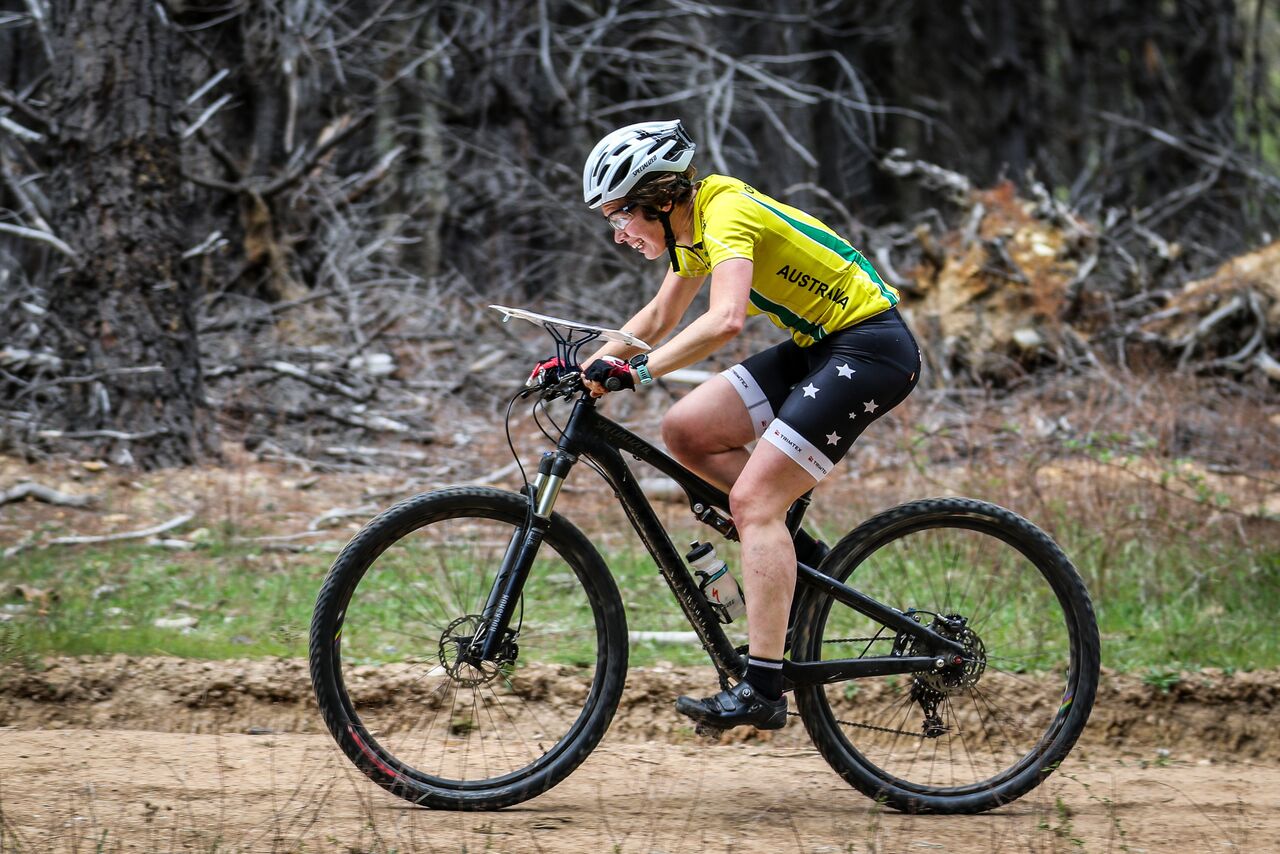 A senior International Orienteering Federation official (MTBO Commissioner), Dr Keith Dawson, has complimented Orienteering ACT on the quality of the ACT MTB Orienteering Championships (Middle and Long Distance) staged over the weekend in pine forests adjacent to Canberra. The events were also the first of nine rounds of a World Masters Series which will conclude with the World MTB-O Masters Championships in Germany on 6-9 October 2019. From Scotland, Dr Dawson said he was impressed with the organisation of the events. “A world class map and race. Great Fun! Worth travelling 17,000 km for” he said. As they were included in the World Masters Series, the number of competitors was well above the norm for recent ACT Championships with an influx of Kiwi riders, several from interstate and two from the UK, including Dr Dawson.

Saturday saw a Middle Distance race held at Kowen Forest East, which despite recent logging activities, provided competitors with some great route choices involving fast flowing single track and graded fire trails. Courses which tested the skills of the best riders were set by newcomer to ACT orienteering, Jim Anderson. Although he does not compete himself he is fast becoming a magnet for anyone interested in MTBO. The results are here, the map is here and Roy Meuronen’s photos are here.

Following the event on Saturday, Dr Dawson awarded medals to three Australian masters who competed in the 2018 World Masters Series. Ann Ingwersen of the ACT was awarded a Gold medal, with Silver medals awarded to Victorians Carolyn Jackson and Dale Ann Gordon. The 2018 WMS was a competition involving over 700 Masters competitors from all IOF registered nations, racing a maximum of 17 events of which the 7 best results counted towards the medals.

Sunday’s Long Distance event was held at Laurel Camp in Pierces Creek, devastated by the 2003 bushfires but still providing some fast fire trail riding and technical single track. The event was organised by Marina Iskhakova (featured image), who won two gold and two bronze medals at the recent 2018 World Masters MTB Orienteering Championships in the Czech Republic. She, along with husband Fedor, set some very challenging courses in the often steep terrain surrounding the site of the old hut. The results are here, the map is here and Roy Meuronen’s photos are here.

Late rain did not dampen the proceedings which saw both Australian and Kiwi riders gain valuable early points for the 2019 World Masters Series. The remaining events in the Series are: