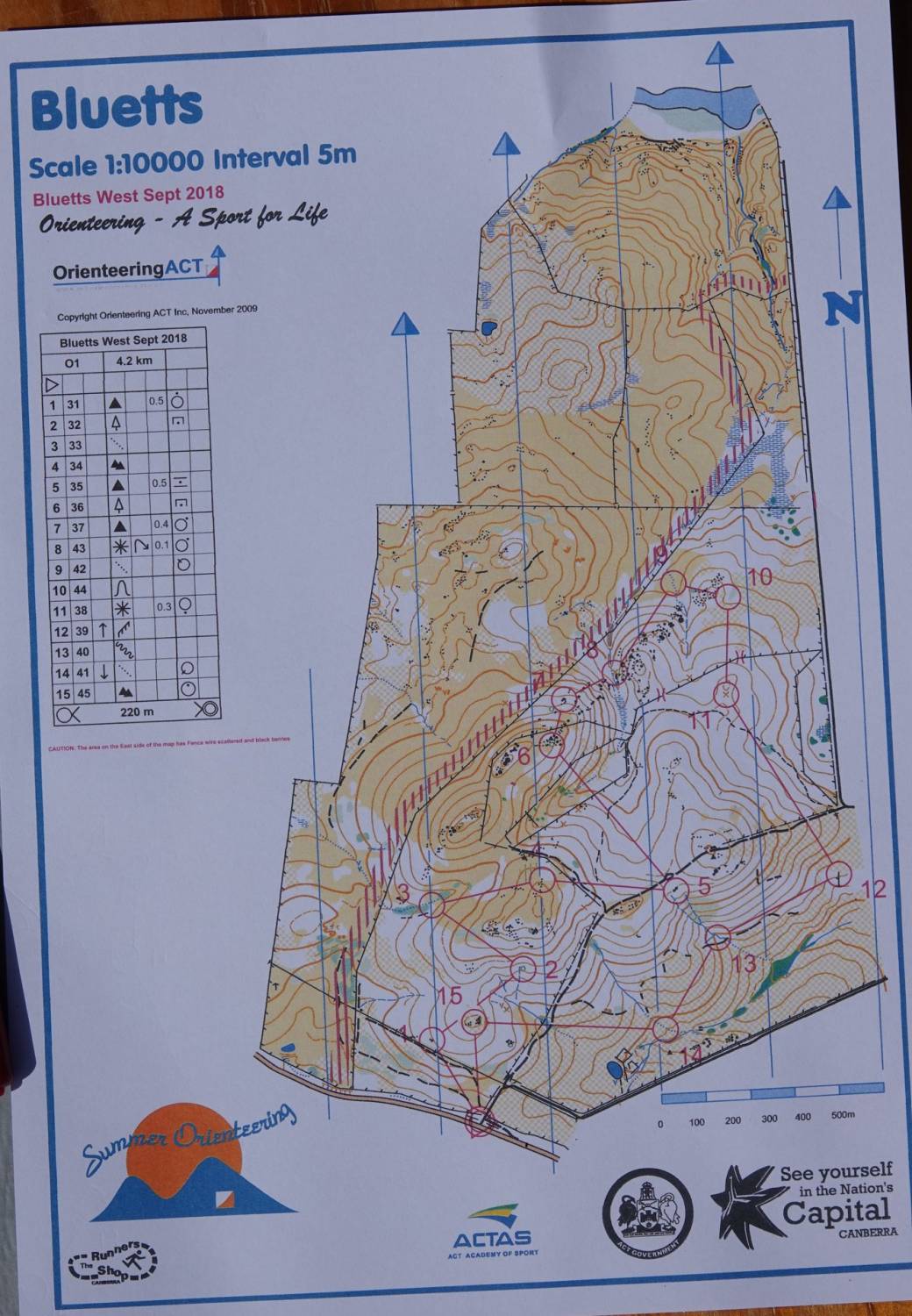 Bluetts West is situated on the Northside of Uriarra Rd from Stromlo Forest Park. Each year, it has been the venue for the winter midweek program for as long as I’ve been in Orienteering. (10 years) Norm, would set the courses in this area prior to 2012. The map was last updated in 2009 and most of the old geezers would moan and groan when they showed up. “Not this area again” Geoff Dabb would smile at me and say “So we are up for the Cheffers special” What he is referring to is my ways of plotting a course and describing the features as a Boulder and it would be rocky ground. Or when I described a red and white fence post as a Sidney Swan like man made feature. Guys, no imagination. Anyway, the geezers would always advise on what to do. If the feature isn’t on the map, at least put it on the master map. So this time, I did. On the southern eastern side of the map, blackberries have ruled the turf. I typed on the map the following; Caution: The area on the eastern side of the map, has fence wire scattered and blackberries!
Most of the geezers came back to the finish with blood stain legs and arms. Bellowing, “Blackberries are horrible!” Well guys, the warning was on the map — If you look on the picture it is in fine print. (2pts). 🙂