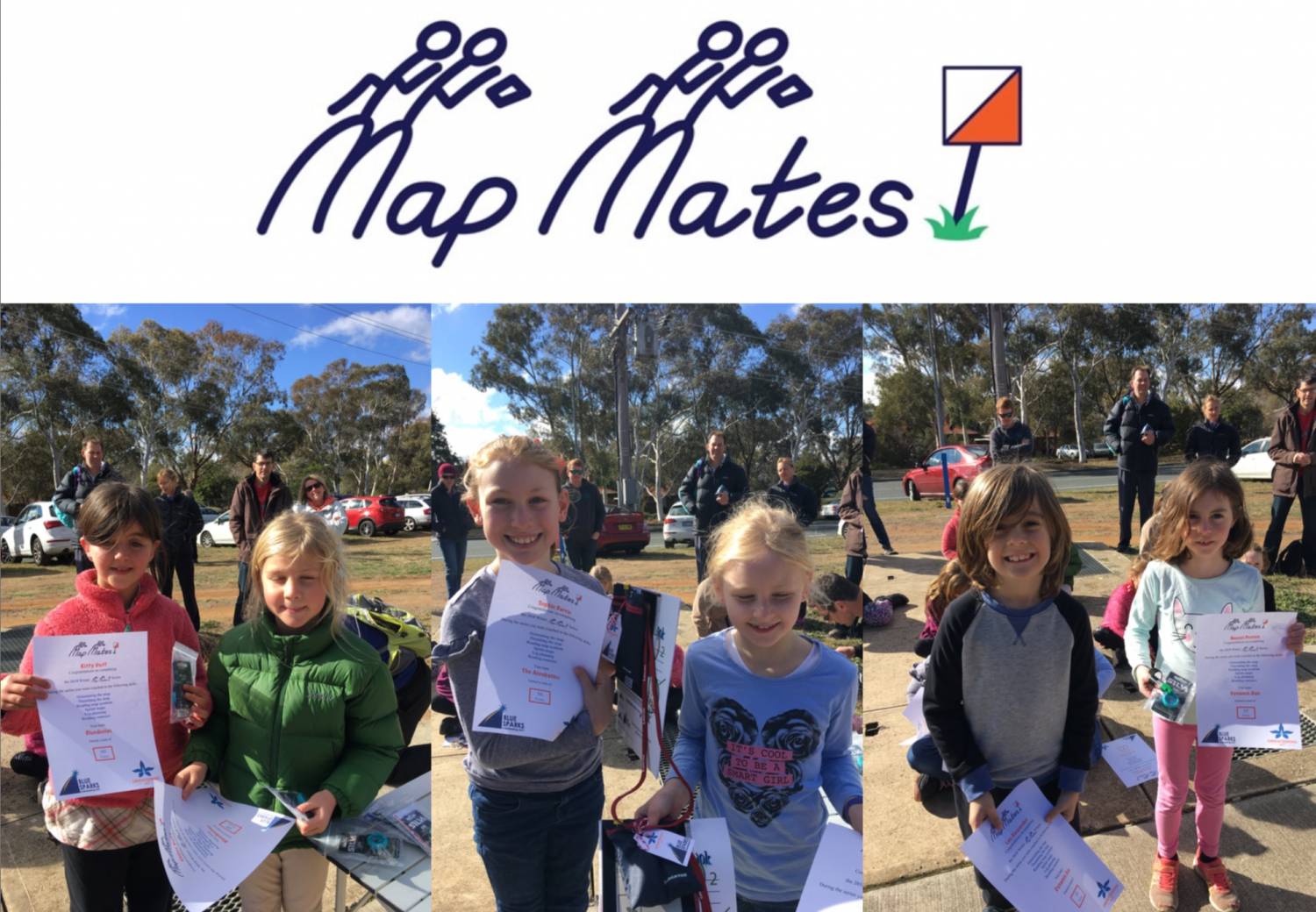 The Map Mates winter competition, which ran for four weeks in conjunction with the Saturday ACT Metro Series, concluded today with a presentation BBQ. The Map Mates competition was hotly contested this season with only four points separating the top four teams. The brother and sister team “Which Way?” received the highest team points by showing consistent improvement, completing all their Fun Fact sheets and getting into the Map Mates spirit by wearing an orienteering inspired team top and beanie each week! A special mention also goes to team “Doughnuts” for their fun team tops featuring D1 and D2. All the Map Mates teams showed great improvement over the four competition weeks, with many of the teams stepping up to try Green bush courses and a couple having a go at the Orange sprint course at CIT. The Map Mates coaching team had great fun presenting the course to the enthusiastic teams each week and would like to wish the participants all the best for the rest of the season.