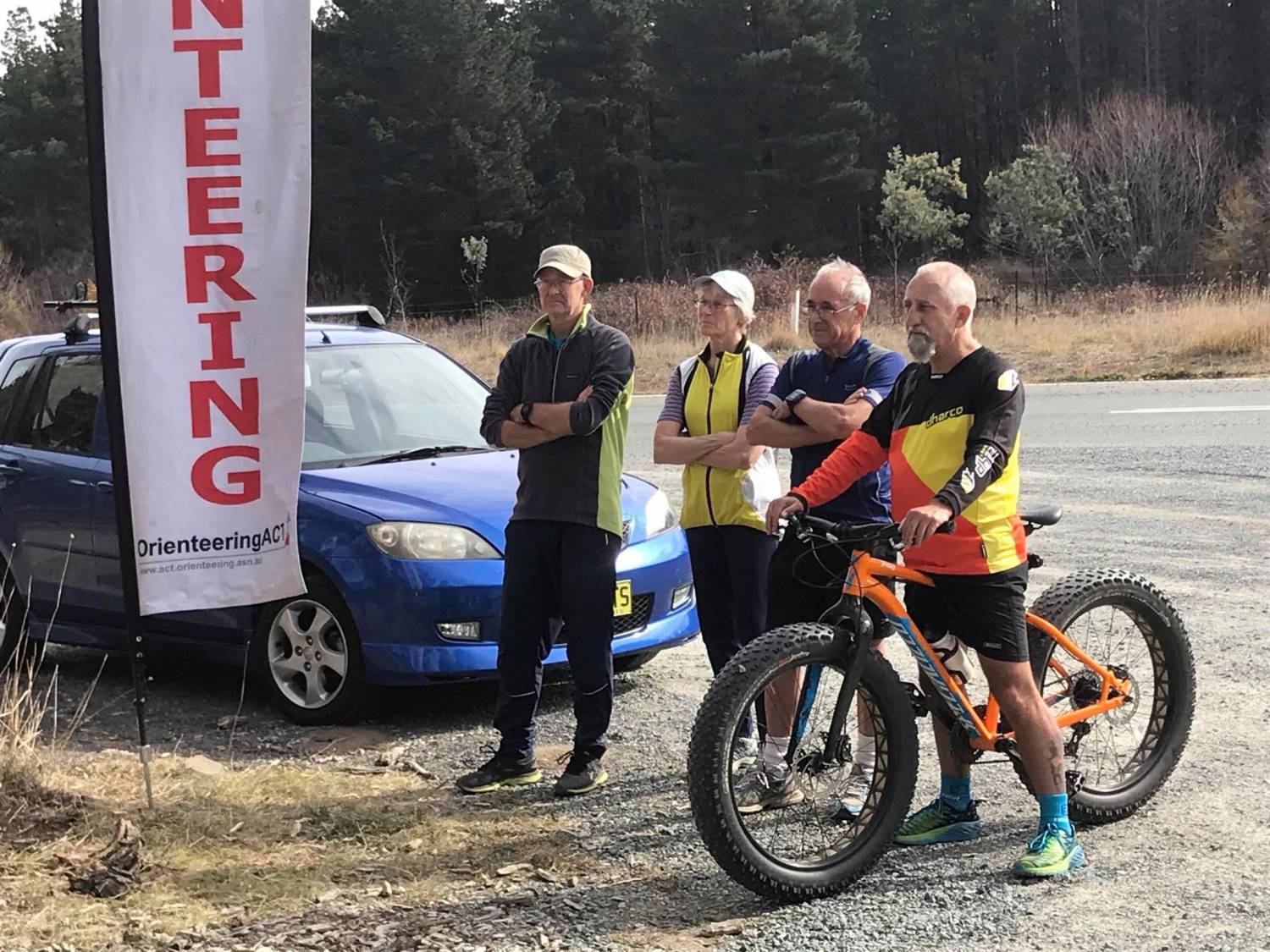 Sparrow Hill hosted round 2 of the ACT MTBO series on Sunday May 27th, with some challenging course setting by “guest enthusiast”, Jim Anderson.

With sunshine and little wind, 28 competitors headed into the forest for one final time before logging commences in the next few weeks. The event also provided a final fling for Tamsin Moran  who will soon return to the UK after an extended period in the ACT. There were also reports of a Russian travelling all the way from St Petersburg to race in one of the best places in the ACT.

Courses of 10km, 15km and 19km were raced on tracks varying from recently pruned and cleared of blackberry to fire trail which has been upgraded to highway standard in preparation for logging. even some of the single track appeared to have been swept clear of obstacles by Jim. As is the norm at Sparrow, most of the single track was fast flowing and the fire trails provided some speedy route choices. Results were posted at the event in the timely manner of paper on a string thanks to the efforts of Ariadna and her team and can also be found here. Splits are available here