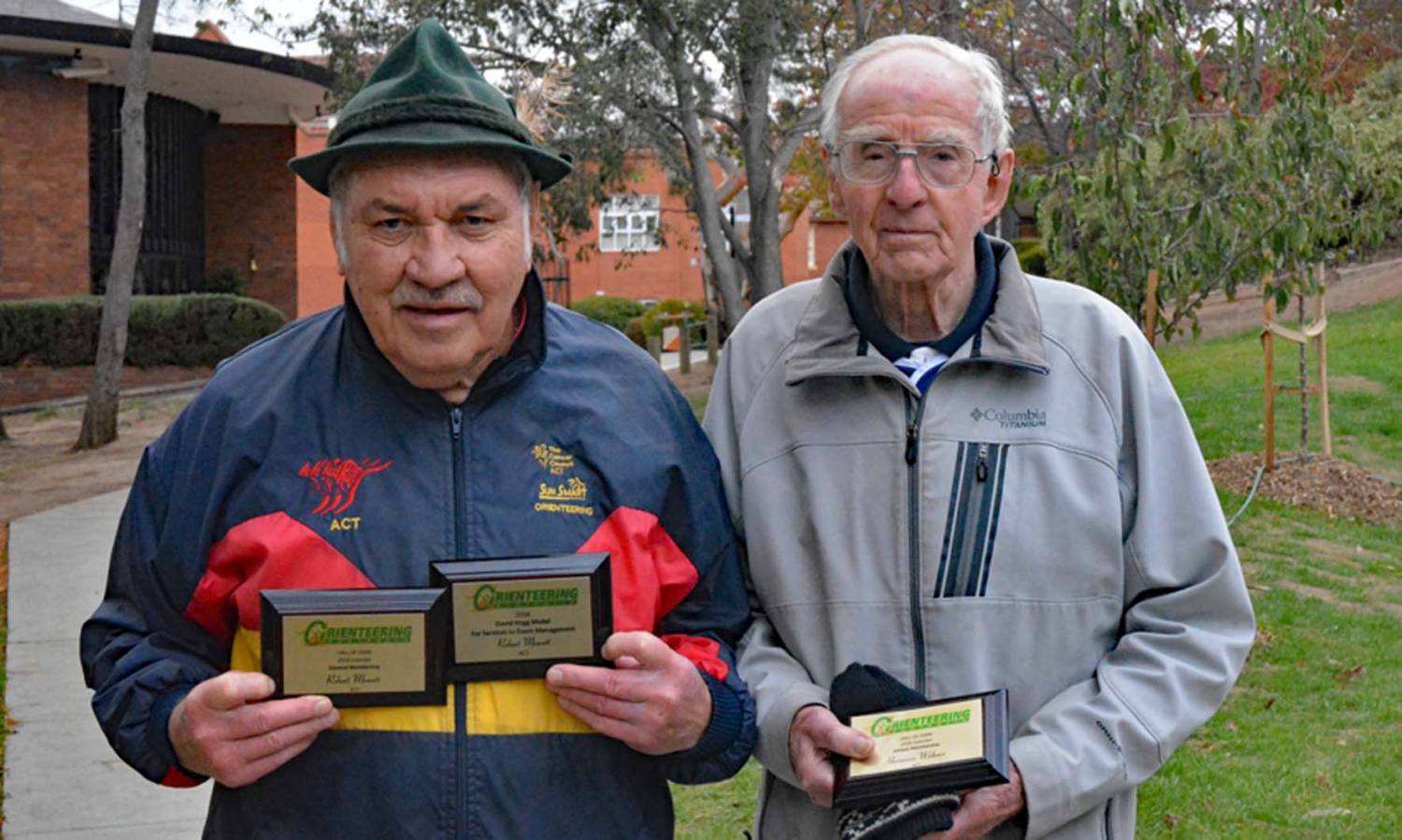 Hermann Wehner was inducted as an Athlete Member and Robert “Bob” Mouatt as a General Member. Hermann is a well deserving Athlete inductee given his results in State, National and International events for almost as long as your correspondent can remember. He has been competing in “masters” events since at least 1994, when I was lucky enough to be in Scotland for VWC (Veteran’s World Cup) events with him. Since then he has competed in at least 8 World Masters Orienteering Championships(WMOC). The lastest in New Zealand in 2017, Hermann, running M90, managed to hold off his Swedish opponent to take Gold in the Sprint but unfortunately fell foul (like many of us) of the NZ sand dunes in the long final and finished 2nd. Hopefully Hermann will travel to Denmark later this year to contest yet another WMOC. Here he is sure to face some very stiff competition.

Bob is also an overdue inductee as a General Member. He has been orienteering competively in the ACT since 1977 and has been the backbone of technological developments in orienteering in both the ACT and on a National basis. He has held Board positions in both OACT and OA and has been an advocate of orienteering promotion for many years. He was part of the push to ensure that orienteering was part of the high performance structure of sport in the ACT. Bob has received numerous awards for his efforts in Orienteering management and is an Associate Member of the ACT Sport Hall of Fame. His induction into the OA Hall of Fame is yet another achievement. Blair also presented Bob with the David Hogg Medal for Services to Event Management. A double dose of fame on the day.

OA Hall of Fame can be found here https://orienteering.asn.au/index.php/hall-of-fame/