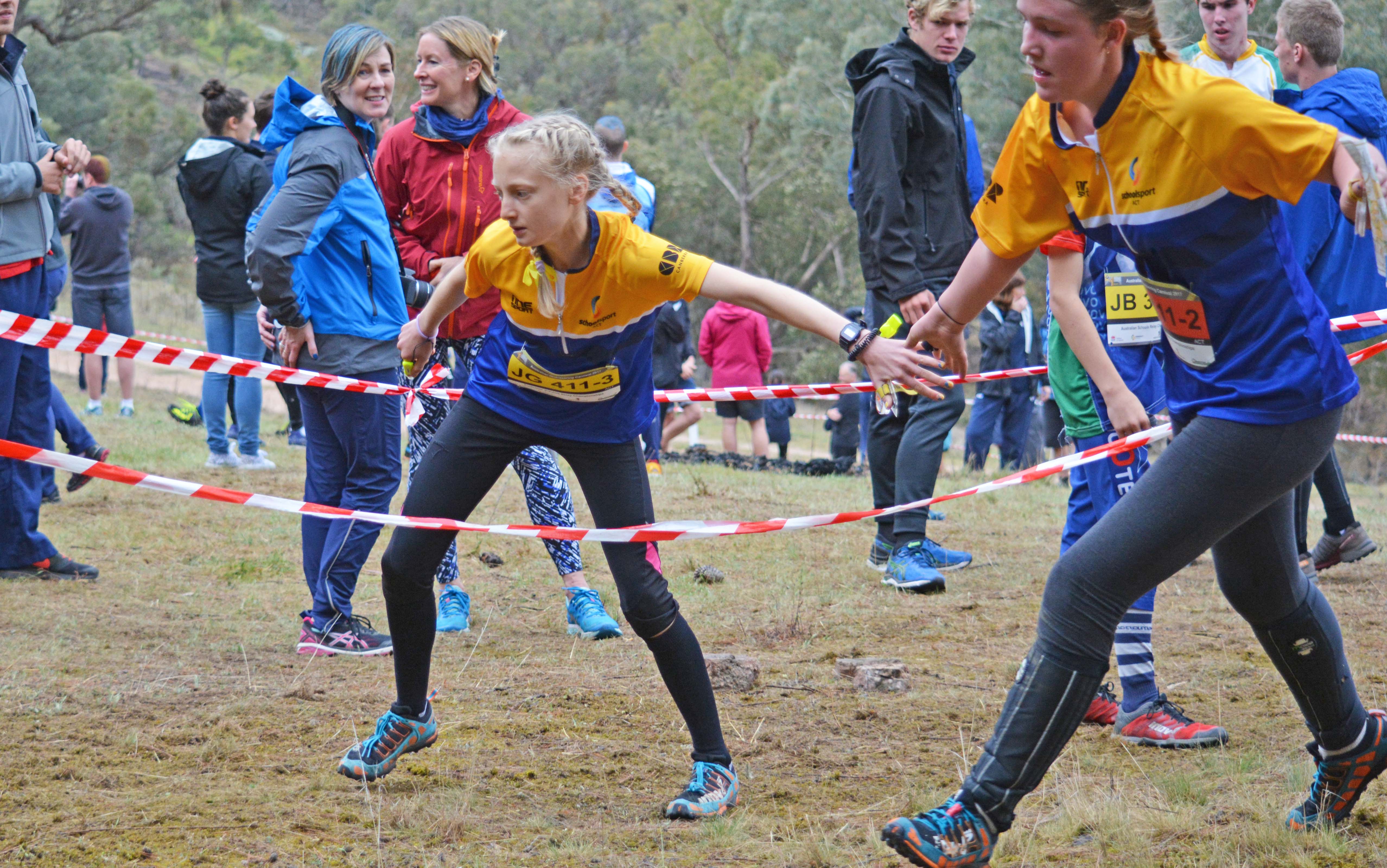 The ACT repeated its victory in the Australian Secondary Schools Orienteering Championships today with a bigger margin than last year. The Championships competition is based on three events: a Sprint Distance race, a Long Distance race and Relays over four classes: Senior Boys, Senior Girls, Junior Boys and Junior Girls. At the end of Day One ACT were leading by a point over Queensland which they extended to two points going into the relays.

During the early legs of the relays Queensland was leading in some classes so the overall result rested on the quality of the ACT final leg runners. Three went out leading or just near the lead, but junior girl, Zoe Melhuish, was 3 min 13 down on the Queensland runner. Melhuish not only picked up that time, but was 3 min 34 sec ahead at the finish.  The ACT won three relay classes and was second to NSW in the junior boys.

When the final points were calculated ACT was first on 71, Queensland second on 65 and South Australia third on 54. In a few years’ time these juniors will be replacing the retiring Canberra Cockatoos. The ACT’s success in the Schools’ Championships is based on the highly successful Saturday Junior League program and this was the ACT’s eighth success in the competition which began in 1989.