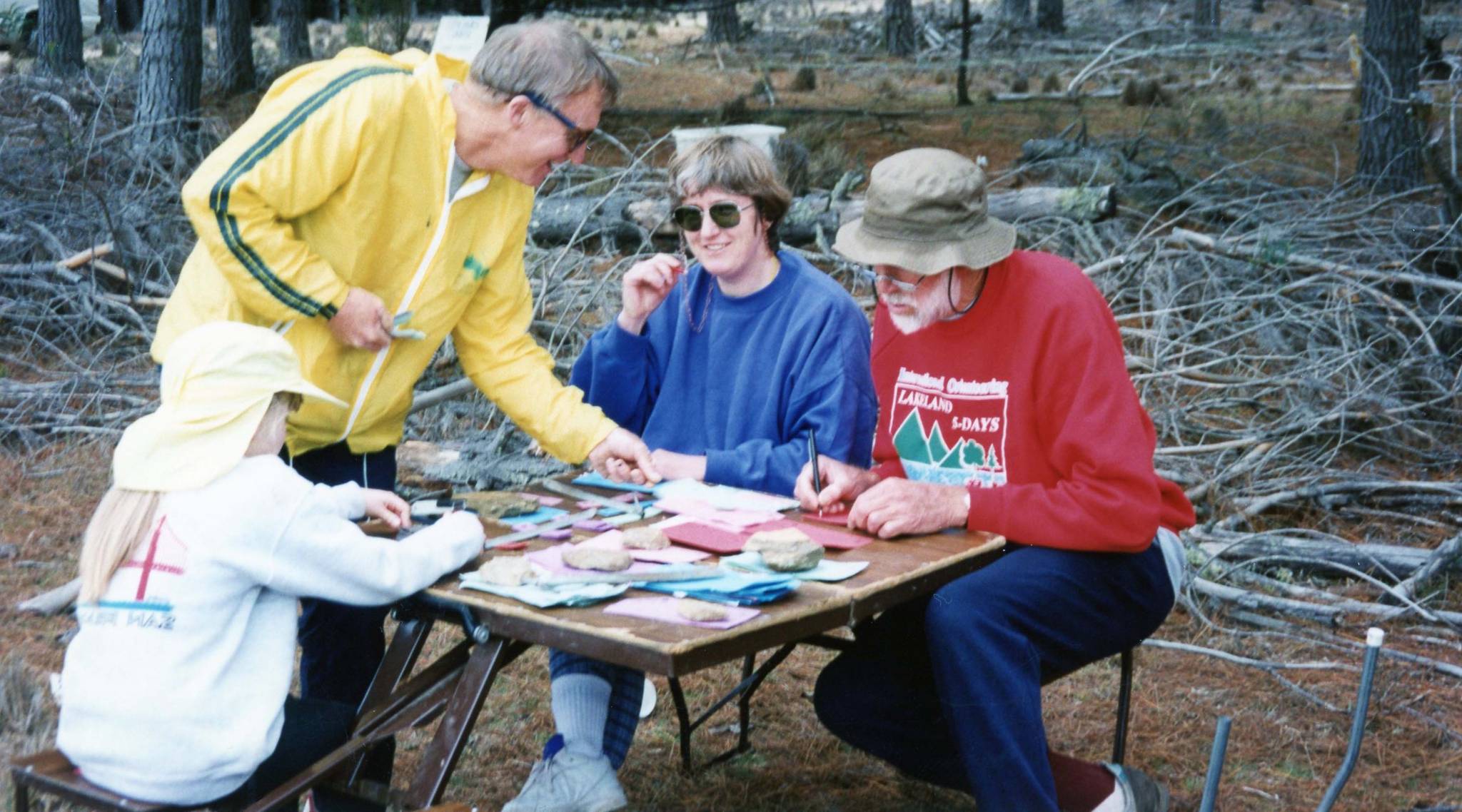 Last week the Red Roos club and Orienteering ACT lost one of their long-term members.  John Walter was born in Maidstone, England on 4 September 1935 and after a short battle with leukaemia died on 30 May 2019 at his home, in Bungendore, with his family around him.

John started orienteering in 1986 after he was introduced to the sport through Judy Allison who worked with his wife Elizabeth at the ANU library. John, along with his two boys, Rob and Tom started participating in the ACT Saturday Schools Orienteering program and joined the Red Roos orienteering club. John had been a keen runner and cyclist as a school boy and in his youth in England. He also loved the outdoors and had a sense of adventure having driven his Austin van overland from England to Australia in his late 20’s. Orienteering was a natural fit that combined his love of the running, the outdoors, and adventure, and he was soon hooked.

Although John had spent many years navigating through remote parts of North Western Australia in the late 1960s, he was fond of telling people “I thought I was a good navigator until I started orienteering!”. Despite this John had many close battles with people like Eino Mueronen and Pauli Piiroinen who were two of many good friends that John made through orienteering.

Below are some photos from John’s days of orienteering.