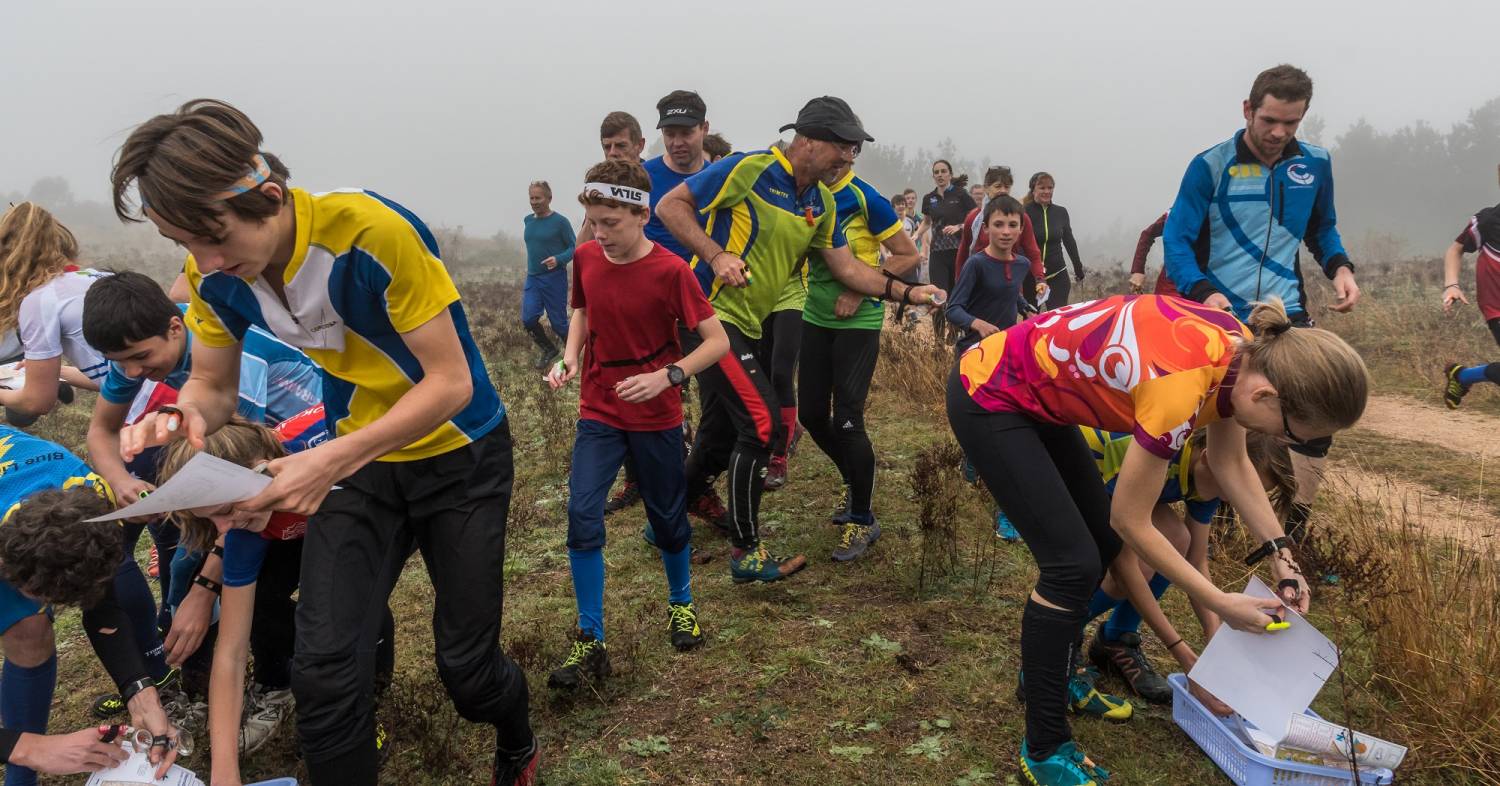 Thick fog and temperatures just above freezing greeted officials and competitors on Sunday morning at Narrabundah Hill, for the ACT Teams Race.

100 runners took part in a Le Mans style mass start. Nothing like running 100m up hill to collect your first map. Mothers were given a 5 second bonus start in the sprint to the maps.
This Le Mans innovation was made possible by a late decision of the course planner.
The fog was still down when the 50 teams were finally accounted for around 1230.

Once again this format of a mass start teams race proved very popular.
Abominable O-men would like to thank all those who participated. It made getting out in the cold almost enjoyable. We may bring you a similar event, or something completely new in 2020.

More photos from the event area available in galleries 1, 2, and 3 on the OACT Facebook page.