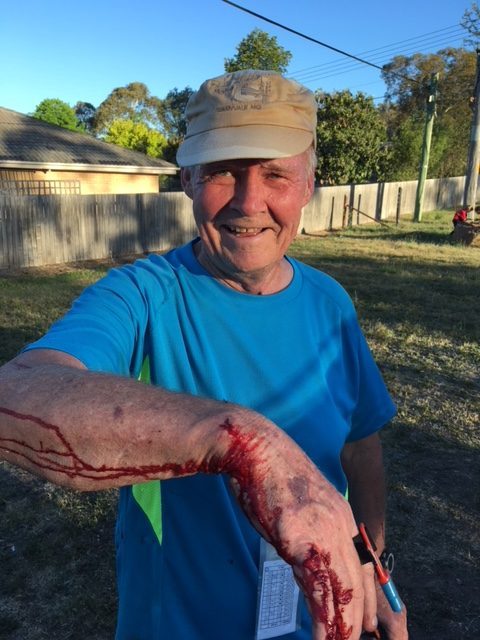 If you were traveling down Hindmarsh Drive last Wednesday and had seen the orienteering road sign pointing down Eggleston Crescent in Chifley and followed the orienteering signs, it would have taken you to the base of Mt Taylor. 148 people had taken that turn and had enjoy the wonderful weather and exceptional courses that were on offer. John Foster, who has been around orienteering since 1973 when ACT orienteering was established, was the course setter for the day. John comes out of retirement every so often and sets some real beauties. He decided to stay away from the hill climbs and green patches and set along the base of the mountain near the northern part of the reserve. With lots of directional change and deceptive features, it kept the orienteers on their toes, but not lost. Many thanks to John for his efforts and to the Weston Emu crew. In the Photo is John Souminen, who had attack the course with passion, had a bloody good time.