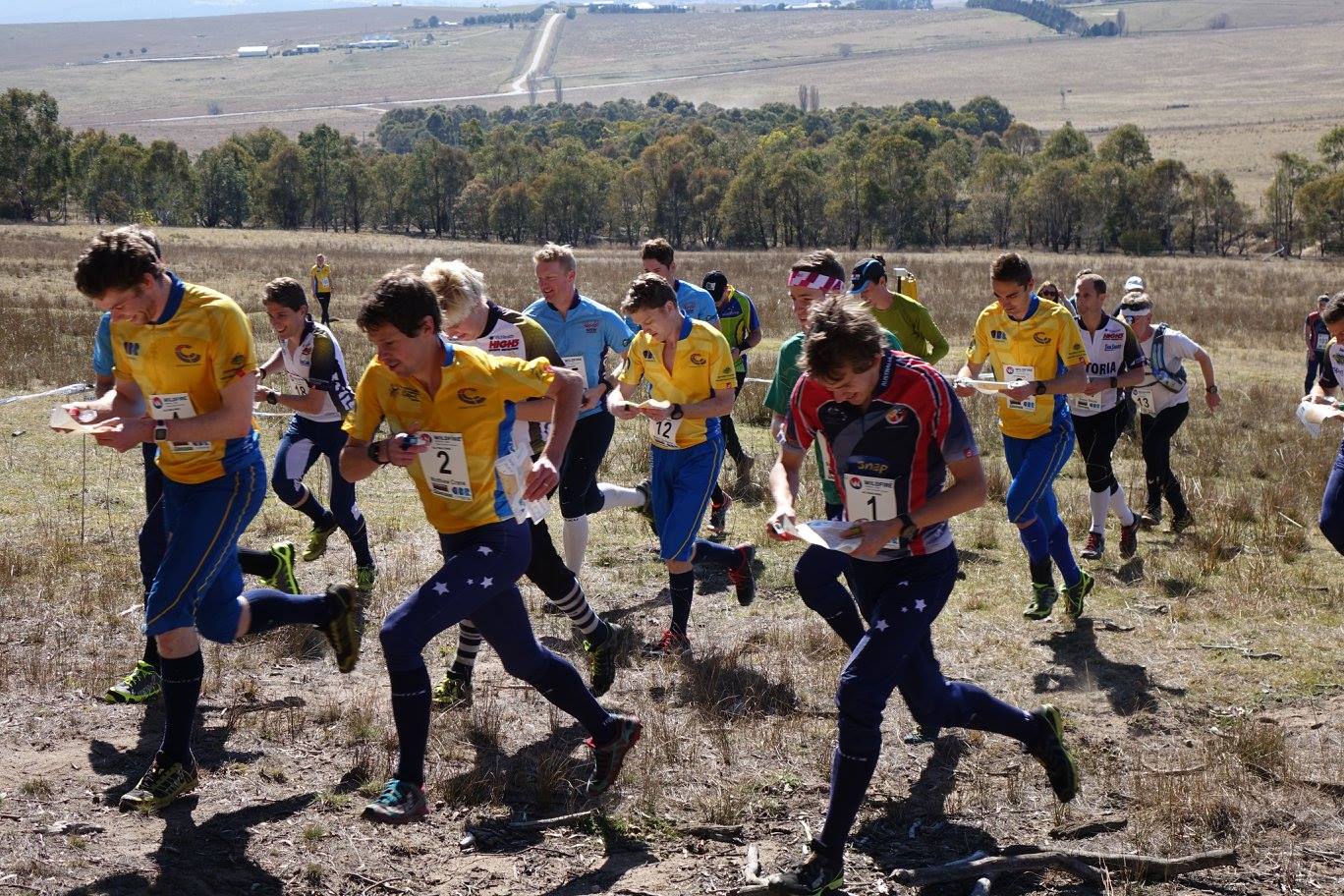 Ideal conditions for the National Orienteering League Wildfire Sports Ultra Long with a sunny 9 degrees at 11am for the first of the starts, warming up to 14 degrees at 1pm. Each age class had a mass start heading straight into the granite country on The Gib hill near Bungendore. The elites had multiple map changes with a drink station set up in the change over area. Simon Uppill was in scintillating form, clocking 5 mins per km on his first loop. The steep rocky northern and western slopes were relatively slow going with the rest of the map conducive to speed.

Drone footage of the mass starts, thanks to Code Cadets

Clever course setting by Jason McCrae using pivot controls, map change overs and good use of the several complex erosion gully systems. A top spectator event with 3 map loops. The weather was less kind than the previous day: 9 degrees at 10am with a wind chill temp of 2. Masters and junior competitors still out on the course at 11.30am endured a shower of rain which preceded a heavier fall after midday including sleet and snow.