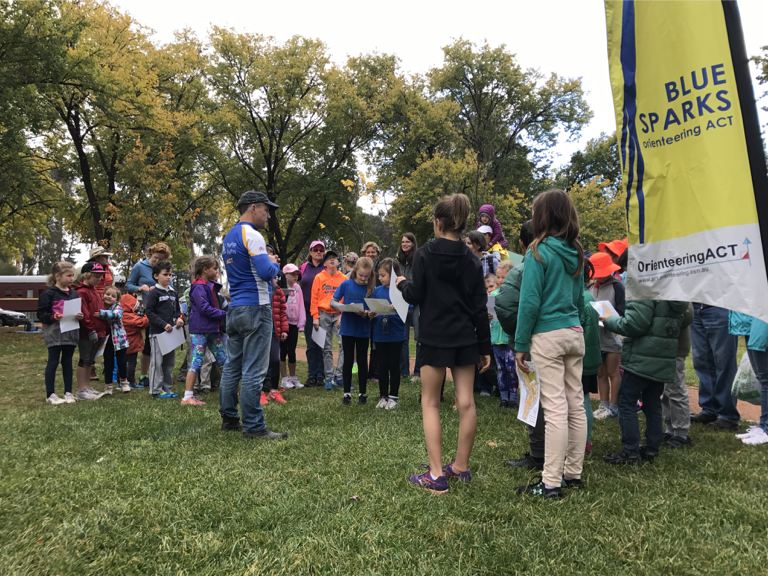 With the winter ACT Metro and Junior Series League coming to an end next week and the summer Map Mates competition registration opening soon, it seemed like a great time to tell everyone about the fantastic winter series of Map Mates. This series there were over 40 competitors, making up 18 teams! It was a tight competition with only 10 points between the top six teams. Team Kugelblitz (which according to the boys is the ‘fastest thing around’) took competition honours. Their scores showed that performing consistently each week, challenging themselves to step up to a green course, wearing a cool team uniform and filling in their fun-fact sheets each week, was a winning formula! Congratulations to all our Winter 2017 Map Mates teams and their fantastic families who supported tabs4australia.com them each week! The Blue Sparks coaches were impressed by the commitment shown by all of the teams. What was particularly noticeable this series was the great teamwork displayed by these young competitors. Working together to determine their ‘attack points’ and ensuring they had their ‘exit directions’ correct. Listening and learning from each other, as well as encouraging each other to run faster, stay focussed and step-up to that harder course! It was a privilege to watch the development of these young competitors over the four weeks, as well as to see so many Map Mates continue to attend the ACT Metro and Junior Series League events over the past ten weeks. A special mention goes out to Wilbur Robinson (Team Cat Ears) who hasn’t missed an event this season! Last week he and his mum were seen heading off to test themselves in the ‘king/queen of the mountain’ timed leg at the Aranda Hills event. Great work!