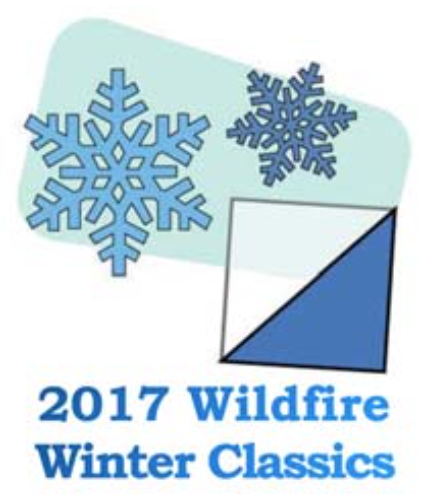 The 2017 Wildfire Winter Classics, which are both National League and ACT Leagueevents, will offer regular orienteers rare challenges over the weekend of 26-27 August.

Wildfire Sports Sponsorship Prizes.  Wildfire Sports have kindly offered a series of prizes including a headlamp, hydration vests, sporting clothing, etc. These will be available for the first two placegetters on each of the four elite classes on both days.

The Wildfire Sports Ultralong (National Orienteering League # 11; ACT League # 9) will be held at The Gib (Gibraltar Hill) ) a steep, boulder-strewn high hill a few kilometres south-east of Bungendore on Saturday 26 August.  The courses for the National League classes will be ultralong and other Hard (Red) courses will be similar in length to Long Distance Championships.  All Hard courses will have mass starts.  As the number of Hard courses is limited some of the class groupings will differ from the usual groupings.  The map will be The Gib at 1:10,000 with 5 metre contours. The map was first used for the 2013 Australian Middle Distance Championship and used for a couple of ACT events since then.

The Icebug Galaxy (National Orienteering League # 12; ACT League # 10) will be held at Aranda Snow Gums, William Hovell Drive ACT, 6 kilometres west of the Canberra GPO.  It will be a matched-race for pairs of competitors with multiple loops undertaken in different order by the two competitors. For each course, competitors will have a common final loop or a common last control.  NOL matches would be based on NOL rankings as at 1 August and competitors seeded accordingly.  Competitors will start in reverse order to their rankings, with the highest ranked pair starting last. The designed winning time will be 25 minute winning time. Starts will be at one minute intervals. The same format will apply to the other Hard classes, with competitors matched on the basis of being in the same or a comparable Age Class. Other classes will have standard formats.

The map will be Aranda Snow Gums 2017 at 1:5,000, with 2.5 metre contours.  It is a new map of an area which is predominantly gully spur terrain with several significant erosion gullies. It includes areas of farmland that is no longer grazed and areas of wooded forest. There are numerous dams on the map and large marshy sections.

The full details for the events are set out in the 2017 Winter Classics Info Sheet.