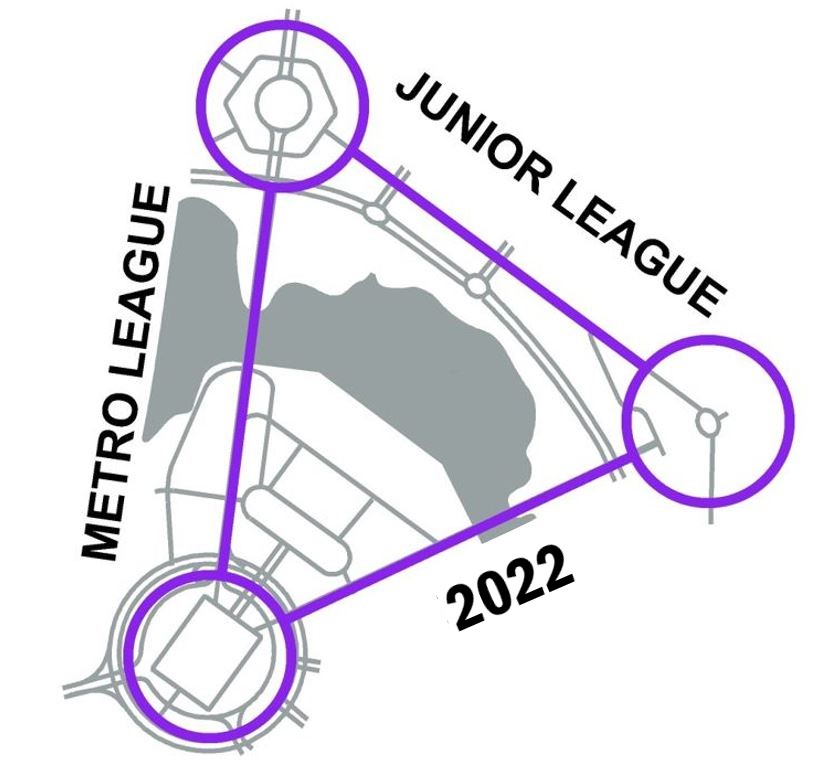 This Saturday’s event at Mount Stranger will be the 15th, and final round, of the 2022 Junior League.  A presentation for placegetters will occur at 12:30.

Scores after the 14th round are here.  Total scores are the best 10 results over the season.  A minimum of half the events (seven) are needed to qualify for a final score.  Congratulations to Sanda Halpin who has scored at all 14 events so far this season.

The results are still quite open in the W10 competition.  Current leader, Layla Dent, and Tahlia Maniti have both completed 6 events and so need one more result to qualify for the final count.

In contrast, the top three in contention for the M10 have all completed their minimum 7 events.  Patrick Maundrell leads by a comfortable margin having completed 10 events so he will be looking for a good result to throw out a lower score.  Harrison Collins is favourite for second with an extra score to be added but Arlan Leane could sneak through with a strong finish.

Hayden Dent, currently leading M12, is in a similar situation to his sister having completed 6 events and needs one more to qualify.   Ben Mansell and Zaf Bluett-Jones are only separated by one point.  Results on the day will determine the order for this class.

Naomi Penton has wrapped up the W12 class with a big lead.  She has completed 13 events and so is throwing out her worst three scores over the season.

Sanda Halpin has managed to build a big enough gap over Alice Radajewski in the W14 to lock up first in the W12.  Annaliese Bennet can qualify for third by adding to her 6 completed events.

The M14 class has a total of 8 athletes with the potential to complete 7 events.   Ryan Mukherjee and Oliver Bishop have locked up first and second.  However, results on the day will determine if Kristian Maksan, Owen Henderson, Charlie Vyver, Oliver Gotzinger or William Charles will come in third.

The M16s also have a cohort of 8 who can meet the seven race criteria.   Joshua Mansell cannot be beaten in first while Thomas Fisher has a near insurmountable gap to have a tight grip on second.   Aiden Yates and Max Johnson have some low scores they could throw out so results on Saturday could affect their relative positions.

The top two in the W16 are locked in with the two leaders having completed 8 events.  Katherine Maundrell has a comfortable lead over Anastasia Yeates in second.  Ella Hogg can pick up third if she runs the course on Saturday.

Justine Hobson and Natalie Miller are just separated by 5 points in the W18 class.  They have completed 8 and 9 events respectively so will get the full value of their runs on Saturday to decide the winner.

In contrast, the positions in the M18 class are probably decided.  Oscar Brown has a big buffer in first with current third, Aiden Yeates, needed a win overall on the day to have any chances of bumping Nicholar Brennan out of third.

Oscar Woolford has a chance of taking the overall lead in the M20 away from David Stocks with a strong showing on Saturday.  Tommy Charles has a clear buffer and will finish third overall.